One of the many perks of being a language student is not only that you get a year abroad yourself, but also that all of your course mates get one too, essentially meaning that you suddenly have a bed (or at least a floor) to sleep in practically every European city.

I decided to take full advantage of the available floor space after just a week of classes (clearly too much after my long student summer), taking a seven hour bus into the north of Germany, to Dresden, where one of my closest friends, Adam, and two other students from my university were studying.

I arrived late, so the only real sense I got of the city was that the Hauptbahnhof has a Burger King, but not a McDonald’s, a crushing disappointment for someone who hadn’t eaten for nine hours. But the next morning we were out bright and early (a staggering 11.30am) to meet the rest of the university contingent – a group of nine of us were reuniting for the day.

Our first recommendation from the Dresden trio was to climb the Frauenkirche in the Old Town, which gave you stunning views of the surrounding city. Before even entering the building however, the very structure of the building reminds visitors of the history of Dresden. I had already been surprised at the amount of apparently ancient classical buildings, bearing in mind that Dresden was almost completely destroyed in WW2, but tell-tale signs from the Frauenkirche revealed the astonishing truth. Most of the buildings in Old Town have been reconstructed, but so cleverly that you can scarcely tell. It took Adam pointing out the spottings of darker bricks against the majority of light beige brickwork for me to understand that these dark grey flecks were actually the only original stones still in use, recovered from the rubble and included in the reconstruction of the church. 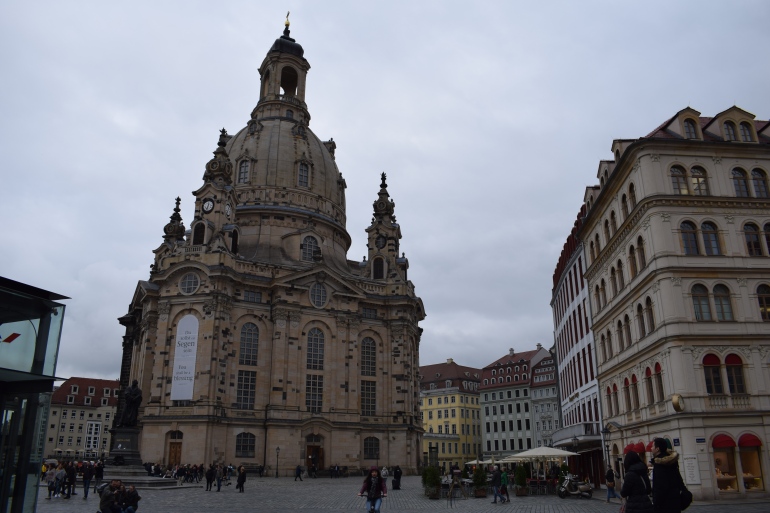 Inside, the music of the ongoing mass in the main room followed us as we began our ascent to the top, sampling pretty much every mode of ascension possible. We started in a lift, then to narrow stairs, then to a spiralling slope, which gave way to the steepest staircase I’ve ever climbed – so steep that by the end it was more of a ladder.

Emerging through the final spiral staircase was such a relief to escape its claustrophobic confines that I didn’t notice the stunning views at first, but when I did, it was breath-taking. On one side, is the River Elbe, and the Neustadt on the opposite bank, but take a 180 turn, and you are greeted with the domes and golden statues of the Altstadt: row upon row of brightly coloured buildings, intersected with towering churches and classical museums. It was far-cry from what I expected from war-torn Dresden, just 70 years on.

We spent the next hour or so wandering through the buildings of Altstadt that we had just viewed from above, the most impressive of which for me was the Zwinger Palace. Well-placed arches revealed the fountains in the courtyard to passers-by outside, and from inside, the statue across the street was framed perfectly. The courtyard itself was immaculately put together, with four fountains separating gravel paths looping out from the centre towards the delicate carved upper walkways. 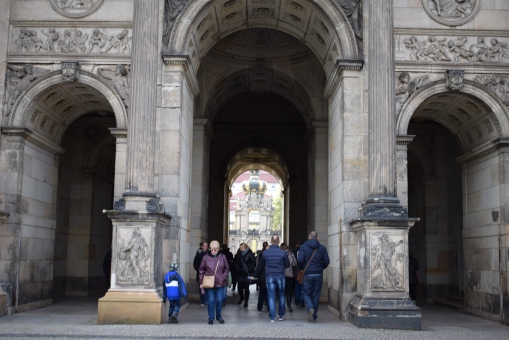 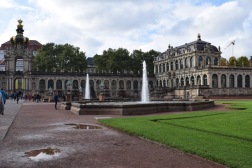 All the touristy wonder was wearing us out, so we stopped for lunch, and then the group splintered out for shopping, naps, and pre-night out preparations. Adam and I decided to head home for a tactical nap (11.30am is really disgustingly early), but not before stopping off at the Lindt store for some freebies. Although we only expected the one small taster, a poster revealed that if we gave them our email address we would receive a box of nice Lindt balls of deliciousness, completely for free. I mean, how could we resist?

Making a brief pit-stop for alcohol, Adam and I had a 30 minute cat-nap, then got ready for what everyone had really come to Dresden for – a British piss-up. It was birthday celebrations for two of our group (Adam included) so, understandably, I got my drink on perhaps a little too much, sober enough only to remember my first try of a durum kebab. To this day, I don’t know what it is, but it’s truly delicious – less so when drunken Rach can’t finish it, so leaves it in the fridge overnight, then forgets about it till the evening of the next day. Class.

Still, it was hard to get rid of the durum when we set off on an hour’s train journey to Leipzig the next day, making the most of Adam’s free travel with his student card to get half-price tickets.

Our first experience of Leipzig was confusion: confusion at the drizzly grey weather, confusion over the word for ‘map’, confusion over where the hell we were. But eventually we found our way to the what seemed to be the main area of Leipzig – unfortunately, we were still underwhelmed. Although seemingly a very nice city, with plenty of shops and a blend of classic and modern architecture on every street, even the woman we befriended paying for the toilet, who lived in Leipzig, was at a loss when we asked her what to do here.

When we eventually consulted TripAdvisor and found a spooky museum about criminal punishment that fit with the October vibes, the poorly lit entrance devoid of people or signs wasn’t encouraging, and we booked it back to civilisation – which was, for us, a brightly decorated Mexican restaurant to eat our hangovers away. 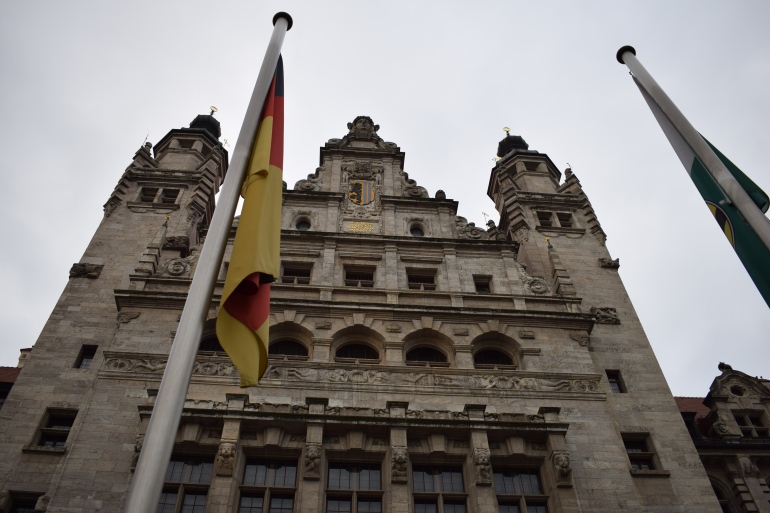 My brief weekend sampling these two German cities left me in no doubt of which was my favourite. Dresden had the element of surprise in offering a wealth of gorgeous buildings, as well as the modern attributes of a cracking night-out. Leipzig was pretty enough, interesting enough, but sadly not enough to entice me back for a second trip. Dresden, however, I would happily return to, and not just for a weekend.